Combined with our business services the estate planning service is tailored towards our overseas investors to advise on structuring, succession, and protection.

A Will is a declaration made, in accordance with statutory requirements, of a testator’s intention regarding matters they wish to take effect on death. All clients should be advised to make a Will for any number of reasons, including: to alter the strict devolution under the intestacy rules, to appoint executors and guardians of their choice, to add or alter the statutory administration provisions, to make directions as to the disposal of their body, or to recognise individuals by legacies of money or items. A person is said to die intestate when they do not leave a Will. Without a Will, the statutory rules of intestate succession will apply to their estate and provide directions as to how it should be distributed. A Will is also a key element of any individual’s tax planning. Without a Will, the scope for mitigating inheritance tax (IHT) that would otherwise arise on death, is reduced.

Power of Attorney is a legal document that enables an individual to appoint one or more people (known as ‘attorneys’) to make decisions on their behalf.

In order to create a valid ordinary power of attorney, the donor must be capable of understanding the nature and effect of the power. The power of attorney must be executed as a deed by the donor and the donor’s signature must be witnessed.

A Lasting Powers of Attorney (LPA) is a legal document that enables an individual (or ‘donor’) to appoint one or more people (known as ‘attorneys’ or ‘donees’) to make decisions on their behalf. Unlike a general power of attorney an LPA continues to take effect after the incapacity of the donor.

LPAs were introduced by the Mental Capacity Act 2005 (MCA 2005) and replaced the old Enduring Powers of Attorney (EPAs) from 1 October 2007.

There are two forms of LPA:

The two types of LPA are independent and the donor may appoint different persons to act as attorneys under each type of LPA.

Ordinary powers of attorney are governed by common law and the Powers of Attorney Act 1971 as to, for instance, their execution and revocability.

Generally, a ‘family business’ is a business which is owned and/or run by more than one member of a family. It may evolve from a business created by an entrepreneur to become a family business when the founder’s spouse or children obtain a shareholding and/or are employed in the business.

Thoughtful planning and organisation are key to successful family businesses. This might involve creating a ‘family constitution’, containing provisions about ownership and other matters that the family wishes to be legally binding. These might be covered in the articles of association and perhaps a shareholders’ agreement (for a company) or partnership agreement (for a partnership). Many family businesses are run informally with little in the way of governance structure or recognised process. While there is always a ‘natural’ or ‘organic’ governance system based on understandings, formalising structures is advised and

It is important that the most appropriate business vehicle is chosen. There is not one vehicle that will suit the needs and demands of every business. Each structure has its advantages and disadvantages. The decision as to which vehicle to use to carry on a particular business will be complex and dependent on various legal, tax and commercial considerations—there may not be a perfect fit. In addition, the vehicle originally chosen to carry on a particular business may not continue to be the right choice for that business as it develops and matures. In addition to the commercial and legal reasons for the choice of business vehicle, the tax treatment of each different form of business structure will often be a decisive factor in whether it is appropriate for carrying on a particular business.

UK based property is subject to UK laws. It is important for overseas investors who are not able to inspect or oversee their investment on a day-to-day basis to have safeguards in place to ensure it is protected from the risks of ownership.

Whilst registration has streamlined the UK property market and the conveyancing process, it also poses a risk of fraud through identity theft of readily available information on title. Overseas investors are particularly at risk to this as they may never actually view their property, or may not receive letters or communication about changes, making it easier for fraudsters to deal in the property.

HM Land Registry offers an anti-fraud property alert service which notifies a registered proprietor or person they may nominate if there are any applications made against the title to the Property.

It is also possible to protect against fraudulent transactions by opting to register a restriction on the title, which states that any disposition of title must only be made with written consent from the registered proprietor or their conveyancer.

We can offer this service, both the entry of the property fraud alert and / or restriction, and as the person nominated to receive such alerts in the event of any movement on the title.

If the Rent or Service Charge is unpaid under a lease, or there is a breach of tenant covenants,  the Tenant is in breach and may be subject to the Landlord re-entering the Property to take back possession. The Tenant would be entitled to ask the court for relief from forfeiture which would usually be on terms of paying the arrears and costs, however this can result in significant and unwanted fees and stress.

We have experienced many situations where overseas investors have become subject to forfeiture proceedings and/or tax demands simply because they have not received service charge and ground rent demands, due to them being based overseas, or they have not actively monitored post.

We offer a service of providing a SAIL service address for the purpose of receiving notices under leases.

Due to laws on the disposal of assets upon death, we advise all of our foreign buyers to consider making a UK will to deal with any UK assets they may have to ensure that in the event of death there is a valid will in place and UK assets may be dealt with by your appointed executor in accordance with your wishes.

A will shall not be valid in UK unless it complies with the Wills Act 1867 (as amended). If you have a foreign will that is valid in the country that it was made and a grant of probate has been issued in that country, it must be resealed by the Probate of England and Wales Registry in any event before it can take effect in UK. A foreign grant can only be resealed if it is granted in a country which falls within the Colonial Probate Acts 1892 or there are reciprocal agreements in place between the country the grant is given and the UK. If the country in which the grant is given does not fall into one of these categories a full grant application must be made to the England and Wales Probate Registry for the will to take effect. Whether a grant is given will depend upon whether the will is valid and affidavits have been provided from the country along with evidence of a foreign grant of probate.

Managing a portfolio is hard enough. Managing investment overseas where different laws apply is harder still. It is advisable to appoint a professional representative to act as your nominee. Through use of an Ordinary Power of Attorney this can be as wide reaching or narrow as you choose. Examples can include: giving your representative the authority to enter contracts or sign documents on your behalf; to act as a service address; to act as a digital mail forwarder to keep you informed; to deal with tenancy agreements; to act as bank mandates or trusted nominees; to act as corporate nominees as shareholders in your UK company.

The cost for our specific services are set out below.

Mrs Bouvier died without a Will, leaving around 4 bank accounts (worth around £100,000) which passed to her daughter as next of kin.  The costs of valuing the Estate, applying for Probate and distributing the assets were in the region of £2,000 plus VAT.

Mr Skinner was survived by his wife but no children.  His Estate consisted of a property, two bank accounts, some shares and a pension (totaling around £300,000).  After distributing legacies and personal belongings to his family, the remainder of the Estate passed to his widow, under the terms of the Will.   Whilst at the outset the matter appeared simple, with no HMRC involvement , on account of a dispute with the deceased family over the terms of his Will, the eventual costs of this matter (including the sale of the house) were a little over £5,000 plus  VAT.

Miss Hoover (a single lady with no immediate family) died leaving a property, bank accounts and investments (valued at around £450,000).  Her Will left various legacies to friends, bequeathed her property to a charity and the remainder of her Estate to a further 4 charities.    As the deceased left no family, the firm were required to undertake some of the more practical duties (such as co-ordinating the clearance of the property) which would normally be dealt with by family.  The eventual costs were a little over £10,000 plus VAT

Mrs Flanders left a Will dividing her Estate between her two sons.  Her Estate consisted of a bank accounts, life policy and an investment portfolio (worth around £1.3 million).  The Estate required a full Inheritance Tax Account to be completed and Tax Returns to be submitted.  Eventual costs totaled just under £7,000 plus VAT.

Mr Burns died a widow with children from two different marriages who inherited his entire Estate under his Will.  His Estate, which was valued at £800,000, consisted of a property, bank accounts and life policies, plus an overseas holiday home.  An HMRC Account was required in addition to income tax returns.  There was an ongoing dispute between the beneficiaries which resulted in costs of this matter (including the sale of the property) being in the region of £30,000 plus VAT.

END_OF_DOCUMENT_TOKEN_TO_BE_REPLACED 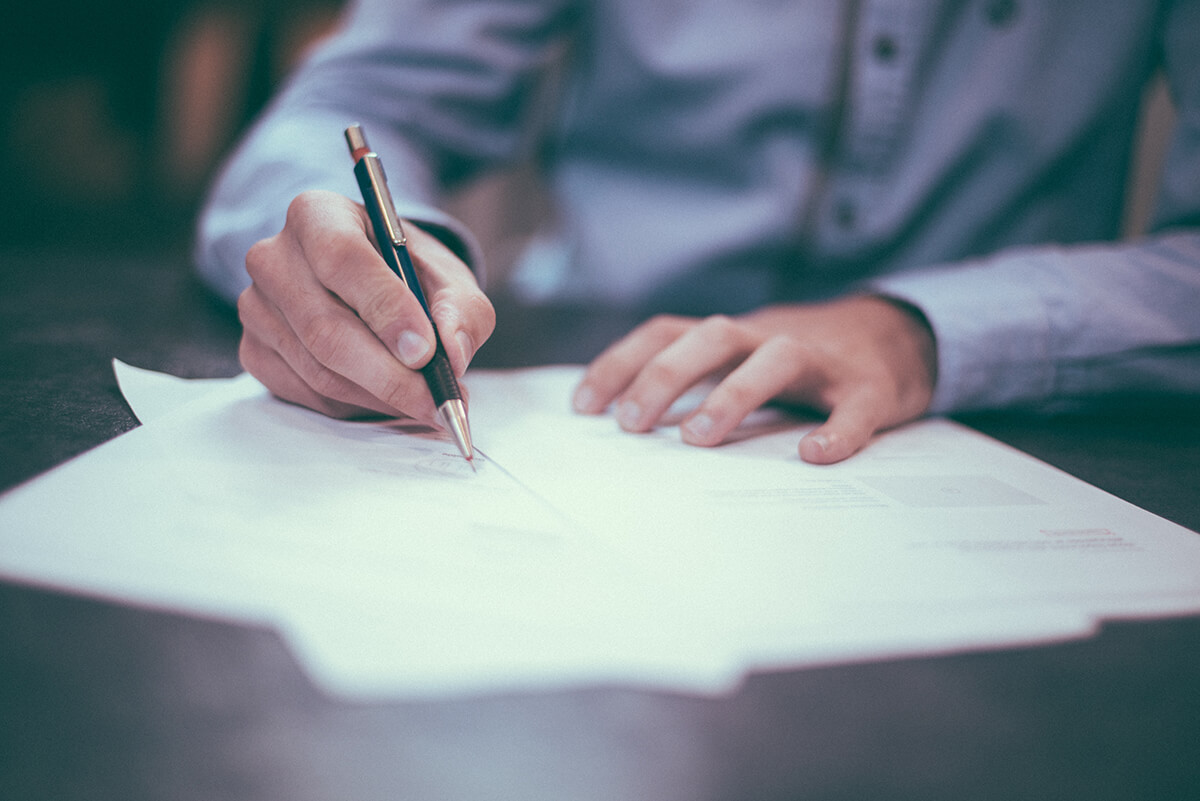